A truck driver who recently hauled a 40ft container to our warehouse was originally from Iraq. He bravely served with our military to gather intelligence on suspected radicals. Each day, he would drop something to check for bombs under his car. He eventually had to flee to America for the safety of his family. Our director, Paul Deem, took time to witness to him as the container was loaded for Trinidad.

Though he did not accept Christ at that time, he had many questions and listened intently to the answers. Paul handed him an Arabic Bible and could tell he was very confused. He said, “What is this, a Koran?” Paul opened it and showed him the Word of God for the first time. He replied, “I didn’t know Bibles existed in Arabic!” He was so excited that he wanted one to share with his brother as well.

Can you imagine living in the Middle East for all those years and living in America without knowing the Bible existed in your language? Thanks to our Bible Club members, DirectLine Ministry has already sent Arabic Bibles to missionaries in 2 countries and we are working on plans for others.

We send Bibles and materials to missionaries, church planters, orphanages, and Christian schools in over 30 different countries around the world.

We’re making a difference for eternity!
Founded and Directed by Missionary Paul Deem Since 1999. 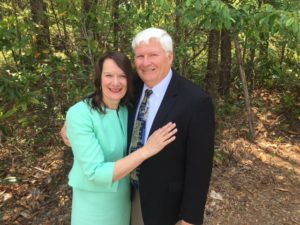